The Jesus Blog is pleased today to publish Wayne Coppins’s detailed review of the new Jesus Handbuch, edited by Jens Schroeter and Christine Jacobi and published by Mohr Siebeck in their Handbuecher Theologie series.  This review will particularly be helpful for those readers of the Jesus Blog who can’t read the Jesus Handbuch in German, though an English translation is planned. You can find Wayne on the web here and you can buy the book here.

The Jesus Handbuch: An Excellent
Resource for Students and Scholars
Wayne Coppins, University of Georgia
Unlike the newest Star Wars movie, the Jesus
Handbuch (Tübingen: Mohr Siebeck, 2017) exceeded my high expectations. Since
its success is due not least to the particular way that the volume has been conceptualized
by the editors, I recommend that one begin by reading Jens Schröter and
Christine Jacobi’s introduction to the handbook (1-14) as well as their
introductions to each section of the volume (16-20, 126-130, 184-185, 488-489).
In my judgment, the extensive discussion of methodological, hermeneutical, and
historiographical considerations and developments in the section on the history
of historical-critical Jesus research is especially important to the overall
concept of the work. Accordingly, I have given somewhat greater attention to
this part of the book in my review.
The contents of the volume are as follows:
Preface (v-vi), Introduction (A: 1-14), History of Historical-Critical Jesus
Research (B: 15-124), The Historical Material (C: 125-181), Life and Activity
of Jesus (D: 183-486), Early Traces of Impacts and Receptions of Jesus (E:
487-561), List of Contributing Authors (563-564), Bibliography (565-617), and Indexes
(619-685).

Because the individual sections are
relatively succinct and presented with clarity, the handbook will be an
excellent resource for students who wish to gain an introduction to a specific
topic or to historical Jesus research as a whole. At the same time, since the
authors have been given enough space and freedom to develop their ideas at the highest
level, it will also be of great benefit to scholars in the field. With regard
to the high quality of the volume, credit is due not only to the editors and
authors but also to Lena Nogossek for her significant contributions to the realization
of the project and to Matthias Müller for his excellent translation of the
English essays (vi).

Let me now provide some brief comments on 22
of the 65 sections of the handbook, highlighting lines of argument that I regard
as especially interesting, insightful, or significant. At the end of my review,
I will conclude with one specific point of criticism and one suggestion for
revision with respect to future editions of the handbook.

In his valuable section on “The Critical Historical
Scholarship of the Late Eighteenth and Nineteenth Century” (pp. 37-42), Eckart
David Schmidt claims that Ranke’s statement that the historian wants “merely to
say how it actually was” should not be misinterpreted in a “positivistic”
sense. In his view, this represents a misinterpretation both because this
statement does not represent Ranke’s own program but rather a qualification or
demarcation from the particular approach of Enlightenment pragmatism and
because Ranke himself stresses shortly beforehand that “the aim of a historian
depends on his point of view” (40). 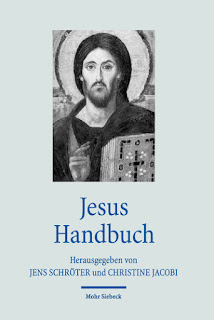