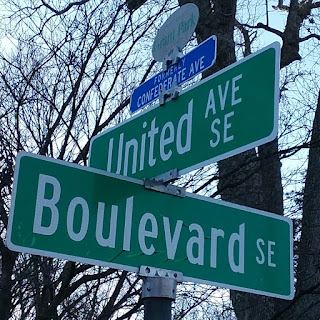 This week in our neighborhood, a ceremony on Martin Luther King Day officially celebrated the renaming of Confederate Avenue as United Avenue. 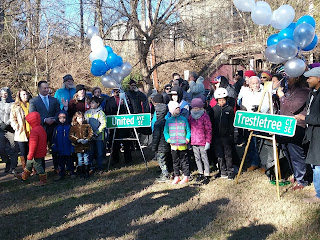 Devoid of controversy, residents removed “Confederate” from our street indicators.

Scroll down
to the donate hyperlink under its description. Thank you!
Copyright © 2019 by Chris
R. Glaser. Permission granted for non-profit use with attribution of author and
blogsite. Other rights reserved.