“Death certainly will terminate my story, but it will not conclude it for it will make all my hopes into could possibly-have-beens and my fears into in no way-minds, and so make absurd the anticipatory coherences by which I have lived. If I am to have a conclusion, it will have to be a resurrection.” 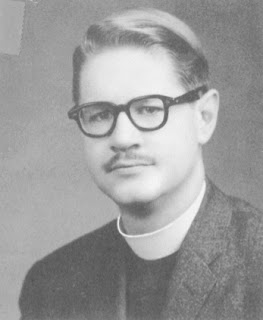 It is been a month because Robert Jenson left us to the tasks of Christian life: the speaking and hearing of the gospel. These tasks directed all of Jenson’s theology, and press towards queries of culture and life. Jenson refused to indulge the approach of cultural retreat that attempted theology as although all the modern day philosophical movements had not occurred. All modern theology jostles in the wake of Kant and Hegel and Heidegger and the rest. We have to ask how we can speak the gospel faithfully, but without the need of just capitulating to modernity. We can not be premodern, but neither can we be just modern day. Jens’s theology rescued this student of the tradition far more than after from the worst excesses of modern day theology.

As a young evangelical student, all of my brightest concepts had been merely stolen notions taken from the reactionary and modernising evangelicals: a complete-throated endorsement of divine passibility, a commitment to divine temporality (arising from a tendency towards univocity), credulity towards the “hellenisation” thesis, and a belief that divine enjoy essential libertarian human freedom. Like the worst sort of young evangelical modernist, I sifted by means of the tradition cynically, believing the ancient Christians to have been enthralled by pagan philosophies.

When my masters degree led me to my initial detailed study of Jens’ theology, I presumed that his raging against specific components of the tradition was animated by the similar scepticism as my personal. I had often taken Jens as holding to the Athenian captivity of the Church, but I located that his method to the hellenisation thesis was far more nuanced than I had supposed. In 1 reflection, Jens playfully dismissed the purity of theology by asserting that the boundary involving theology and any other discourse is “blessedly ill-defined”.

The activity of theology, Jens shows, is not to discover its personal peculiar pure discourse, but to evangelise—to speak the gospel and see what distinction it tends to make. It would later develop into a commonplace statement for Jens: the early Christians did not “hellenise” the gospel, they evangelised their personal antecedent hellenism. This single observation fully eroded the thrall of the hellenisation thesis for me. I no longer looked to ancient Christianity to see what was uncorrupted that could be salvaged, but to see just how the gospel had shaped the believed-types of the ancient planet. Jens taught me how to see the gospel as the engine driving all Christian discourse.

Startled from my doctrinal slumbers, I decided to make Jens the object of my doctoral research. Although his theology is undoubtedly revisionist, my study of Jens’ writings revealed to me a deep commitment to the Christian tradition. I was amazed to discover that he was only partially modernising, tending to maintain the architecture of the tradition in spot, although placing up new indicators or probably providing a coat of paint right here and there.

In some cases the awakenings to Jens’ subtle therapy of the tradition came gradually. Getting swallowed Hart’s assertion that Jens denies simplicity, and possessing witnessed Jens’ vociferous critiques of Augustine, I mistakenly concluded that Hart was correct. Knee-to-knee with Jens in Princeton, I attempted to provoke him to some remarks on divine simplicity. Jens started, “Of course God does not have parts”, and proceeded to robustly defend the necessity of simplicity for a completely Christian theology. I went property to Sydney and study all of his books once more and ultimately located my error.

It really is been a month without the need of Jens—a tough month for these of us shaped and supported by him and Blanche (and there are lots of of us). And but, as he affirmed once more and once more, we slouch not towards the grave, but towards resurrection. We are every of us drawn forward into God’s enjoyable presence, roused to life by the musical harmony of the restless divine activity. Although death may perhaps take us, we are every of us remembered by Father, Son, and Holy Spirit. “And to be remembered there is to reside” (On Considering the Human, 11).