By now, people that know me a little bit, know that nothing
inspires me more than cartoons, animated movies and children books. Yeah, I
know! Real genius. Be that as it may, it works for me.

My favorite children story is The Little Prince by Antoine
de Saint-Exupéry followed by the Velveteen Rabbit by Margery Williams Bianco
and I decided to share a passage from the latter, just because I think it’s extremely
beautiful: 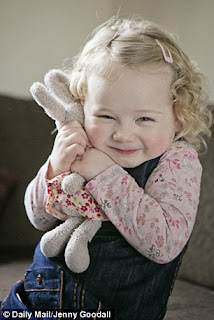 “The Skin Horse had lived longer in the nursery than any of
the others. He was so old that his brown coat was bald in patches and showed
the seams underneath, and most of the hairs in his tail had been pulled out to
string bead necklaces. He was wise, for he had seen a long succession of
mechanical toys arrive to boast and swagger, and by-and-by break their
mainsprings and pass away, and he knew that they were only toys, and would
never turn into anything else. For nursery magic is very strange and wonderful,
and only those playthings that are old and wise and experienced like the Skin
Horse understand all about it.

“What is REAL?” asked the Rabbit one day, when
they were lying side by side near the nursery fender, before Nana came to tidy
the room. “Does it mean having things that buzz inside you and a stick-out
handle?”

“Real isn’t how you are made,” said the Skin
Horse. “It’s a thing that happens to you. When a child loves you for a
long, long time, not just to play with, but REALLY loves you, then you become
Real.”

“Does it hurt?” asked the Rabbit.

“Sometimes,” said the Skin Horse, for he was
always truthful. “When you are Real you don’t mind being hurt.”

“Does it happen all at once, like being wound up,”
he asked, “or bit by bit?” 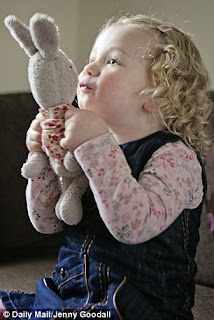 “It doesn’t happen all at once,” said the Skin
Horse. “You become. It takes a long time. That’s why it doesn’t happen
often to people who break easily, or have sharp edges, or who have to be
carefully kept. Generally, by the time you are Real, most of your hair has been
loved off, and your eyes drop out and you get loose in the joints and very
shabby. But these things don’t matter at all, because once you are Real you
can’t be ugly, except to people who don’t understand.”

“The Boy’s Uncle made me Real,” he said.
“That was a great many years ago; but once you are Real you can’t become
unreal again. It lasts for always.”

I am Real. Not because I am simply that great, but because I
am loved by HaShem. I know that just by looking at whatever hits the eye,
some might feel inclined to ask why am I such a mess, or why are some things missing,
like the Skin Horse missed an eye or some hair, but my answer is just that some
of me has been loved off. But when you’re Real you don’t really mind, because
you know you can’t have that closeness without some of you getting lost in the
process. And the best part? Adonai hasn’t grown out of it. Hasn’t gotten tired
of loving me and knowing His heart, I doubt He ever will. Because once you’re
Real, you can’t become unreal ever again. It lasts for always.