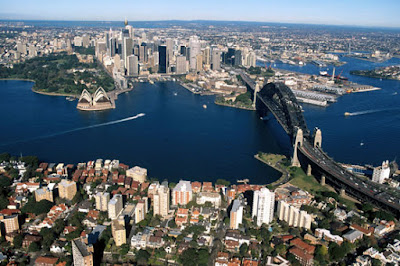 Following nine years in Sydney I have taught my final classes and mentioned my prayers and am moving on.

There comes a time in a man’s life when what he seriously desires is to be in a position to teach Plato and Shakespeare as effectively as Calvin and Augustine. That time has come for me. So I’ve accepted a job at the Millis Institute, a liberal arts system of CHC in Brisbane. My job will be to direct the several liberal arts degree applications as effectively as to teach in philosophy, theology, and literature. The classes there involve no lectures and no textbooks. Every single class is a Socratic-style discussion of major sources. That, reader, is my accurate enjoy and forte, and it is the identical method that I’ve attempted to bring to theological education in Sydney. The very first point I did when I got off the plane in Sydney nine years ago was to abolish all textbooks and to replace them with major sources. Then I unpacked my bags.

Some of my happiest memories right here are of the books that I’ve been in a position to study and talk about with my students. When I cast my thoughts back more than the years I am astounded at the quantity of these books, and even a lot more astounded that SVS Press has under no circumstances paid me a commission for forcing so a lot of students to acquire them. The ones I can recall making use of as class texts include things like:

I have loved these books – most of them anyway – and have loved to see the impact they have on my students. There are books that amazed me with their energy to provoke meaningful disagreement and wealthy discussion. In this respect Augustine’s Confessions towers more than all other Christian books that I have attempted. That tends to make the Confessions a uniquely useful point to have in a classroom.

There are other books that I rejected right after attempting them when in the classroom simply because they seemed only to mirror back what students currently believed (or worse: felt), and consequently provoked no debate and no actual understanding. In my expertise Moltmann’s books are particularly egregious for classroom use: although I admit that a distinct (a lot more conservative?) student demographic could respond rather differently to Moltmann. The primary rule is to stay away from these books that leave a student nodding in agreement and saying: Ah yes, it is just as I believed.

Other books have moved me deeply by their energy to teach. Athanasius’s On the Incarnation and Calvin’s Institutes are, for me, the highlights in this regard. These wonderful books appear very first to alienate students by plunging them into a completely distinct planet and a completely distinct way of pondering about life. I have under no circumstances met a student who appreciated something about Calvin in the very first two weeks of reading him. But then, by slow degrees, these books appear to take matters into their personal hands and to teach students how to study them. With no ever getting to dismiss their prior understanding of the faith, students start to integrate their personal view with the wider vision of the text. They uncover language and ideas to describe factors that just before they had only dimly intuited. By a mysterious act of spiritual recognition, it dawns on me that what Calvin is speaking about is my faith. When I have had that epiphany, even my disagreements with Calvin will be meaningful disagreements primarily based on shared commitments, incredibly distinct from the arbitrary and trivial disagreements of strangers. I generally really feel that students have begun to believe theologically – that they have turn into theologians – when for the very first time they are in a position to articulate a meaningful disagreement of this sort.

So that is what I will miss the most about Sydney: these a lot of books and the a lot of students who have study them with me. And it is what I’m hunting forward to the most in Brisbane: a lot more books and a lot more of God’s buddies to share them with.