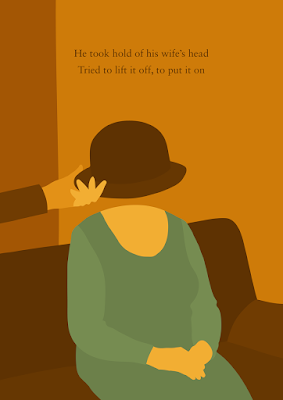 Do you ever feel that something is missing from your life? If you do, you are.

“From dust you came, and to dust you shall return.” Stardust, actually.

Lent
launches an assault against disordered desire through fasting and
prayer: in fasting you pray with your body, in praying you fast with
your mind.

In criminal law there is GBH, the equivalent of which in theological polemics is DBH (i.e., David Bentley Hart).

What are Charlie Craig and David Mullins doing in the Masterpiece Cakeshop Case? Speaking truth to flour.

As
the recent service featuring Andy Savage at Highpoint Church confirms,
there is nothing like praise music du jour as an aperitif for the junk
food that follows.

I hear that the Vatican is now marketing
Donald Trump tee shirts for his fan base. Emblazoned on the front is a
picture of the president, encircled by a Latin translation of “Make
America Great Again”: Populus Americae Vult Decipi, Ergo Decipiatur.

Imagine
Trump with his circle of family and friends worked into a novel by Jane
Austen. It would make all his critics’ diatribes look like encomia.

American
exceptionalism: some nations may be shitholes, but they are
bog-standard shitholes; only the United States is (to re-coin Madeleine
Albright’s famous phrase) “the indispensable shithole”.

In an
interview at Religion Dispatches, Professor Russell Jeung opines that
“the white evangelical church is dead.” “Dead”? Worse than dead:
undead.

What has caused the demise of the white evangelical
church in the US? The classic hubristic military miscalculation of
opening a second front: to their perennial asinine atonement wars, they
started a series of mephitic culture wars.

Prayer is not just an
inherently political activity, it is an act of resistance and protest. To pray “Thy Kingdom come” on a hassock is truly to take-the-knee.

There
is a word for someone who has been argued into faith: sucker. Because
(a) he doubtlessly has failed to detect some rather poor apologetic
reasoning, and (b) because even if he hasn’t, whatever he has been
argued into, it isn’t faith.

“If
we have to use a single word here, it would have to be ‘concreteness’ –
their world is vivid, intense, detailed, yet simple, precisely because
it is concrete: neither complicated, diluted, nor unified, by
abstraction.” That’s Oliver Sacks (in The Man Who Mistook His Wife for a
Hat) describing the world of the “retardate”. Of clinical interest, it
is also a perfect fit for Jesus the Идио́т (Idiot) (Dostoevsky).

Not
talking is a necessary but not sufficient condition for being silent;
in addition you need the act of humility called listening.

I look at my grandchildren, 5
and 2, and of course I want them to be happy, but not too happy and not
only happy. I pray also for a seasoning of anger and a soupçon of
anguish.

Pity the devil: the loveless bastard is scared to death.