A few days ago I witnessed a conversation between two
respectable Christians that were attempting a “debate” on the end times in a
less than worthy manner. I am not writing this to shame them in any way because
they are older and thus to be honored. But it’s not the first time I see this
and I thought that even though my opinion is irrelevant, I would still like to address
this issue.

I have seen it many times. Someone is trying to share their
opinion on a certain topic and then another one comes along with a different
interpretation and then sparks fly. They call each other names “in love” (I do
not wish to know what that would sound like without “love”) and the one that
has more support from the audience is considered to be right and the other is
considered ‘in all kindness’ wrong and behind his back a liar that was
attempting to lead others astray with his/her bad understanding of the
Scriptures. Inevitably the audience chooses one side or another and those that
can’t make up their mind or just plainly get a headache from the whole exchange
will just say “why are there so many opinions on this topic? Why can’t we all
agree on something?” which sounds very ‘unifying’ but in fact is just wishful
thinking that everybody would have their view, something like ‘can’t we all
believe like I do?’ And if the answer to that isn’t obvious, no, we can’t.

There are core beliefs that are not up for debate, like
Yeshua’s sacrifice for instance, His death and resurrection in the body and if
someone refutes it, is considered a heretic. But there are other issues like
the end times for instance and understanding them is not considered paramount
for one’s salvation. On this subject people can research to their heart’s
delight and come up with a thousand theories but they will be just that:
theories, because we simply don’t have enough information to interpret things ‘correctly’.
Some might argue with that and say ‘what are you talking about? Of course we
have enough information!’ and to that I can just shake my head and say ‘anyways…’

I have a TV show I follow and even before the next episode
is released there are fanatics of the show that know every possible detail and
have read the books (even if the show doesn’t follow the book to the letter)
and these people make all kinds of predictions about what will happen next. And
the amount of theories out there is mind blowing and some get it right but not
entirely, because unless you are the one writing the script or part of the
cast, all you get is theories. It’s the same with the end time theories.

But I don’t wish to
talk about the book of Revelation, but about a behavior. I keep hearing people
throwing the word ‘truth’ in to conversations like them claiming it makes them
right. And we all want to be right, whether it’s with our life-style, our
beliefs or our morals, we want to get it right and be right when presenting it to
others. But here’s the tricky part:

Truth, like all abstract concepts is quite hard to define. At
least our understanding of it. Philosophers have tried it ever since they
discovered they can think and thus exist, but all they get are attempts at
defining it in grossly exaggerated generalizations. But one thing we know is,
that it’s never a notion that can be taken just by itself. In a worldly view it’s
tied to knowledge, experience, facts filtered through one’s senses. In HaShem’s view it’s tied to Life.

When Yeshua claimed to be “The Way, The Truth and The
Life” it should have told us something. He’s the Truth that leads to Life. Can
there be truth that leads to death? Of course. When ha nachash (the snake)
spoke to Chava (Eve) in Gan HaEden (Garden of Eden) he didn’t lie. But his
truth led to death. When the nachash spoke to Yeshua trying to tempt Him, he
didn’t lie. But his truth was worthless. Being right is not the point,
brothers. A truth that makes others feel worthless is not
Yeshua’s truth. You can be right, but it doesn’t make it right. You can be
right until you’re blue in the face, but if whatever truth you have doesn’t
lead to Life, it’s worthless. 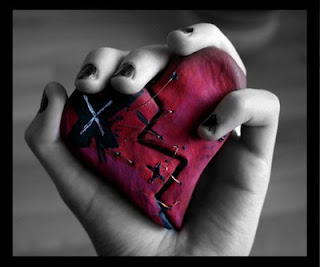 I’m not saying to not speak up for what is right, on the
contrary, you should. Yeshua did. All I’m saying is check yourself that you are
seeking to bring Life.

I’d rather have love than be right. And believe me when I
say I love to be right. I’m not proud of it. But I like it. I have spent many
years studying to have the most accurate definitions for everything I believe
in and I don’t think I wasted my time. But even so, I’d rather have love than
be right. Because when The End will come and we will see Him face to face, He
will ask me how much I resembled Him. He is Love. And that’s not some cheesy
notion that I throw around to sound spiritual. It’s a fact.

You want to be
right? Love. Like Rabbi Hillel said “Love your neighbor as yourself – This is
the whole Torah. The rest is commentary —“