Many sermons have been preached and many articles and books have been written about the scandalous nature of our God. We see this quality evidenced regularly in the Gospels as Jesus prioritizes spending time with common people, tax collectors, and sinners over spending time with religious leaders of the day (Matt. 9:10-11; Luke 15:1-2).

We see him overthrowing money tables at a temple (John 2:14-15), publicly accusing religious leaders of being hypocrites, white washed tombs and murderers of the prophets (Matt. 23:1-36), etc.

Scripture is filled with many instances of Jesus saying and doing things that were wholly inappropriate and truly scandalous in light of the standards of the day.

However, because we’ve become so familiar with many biblical stories, often we do not pause to reflect on the scandalous ways that Jesus interacted with women. When we are less intentional about reflecting on these instances in Scripture, we are less prepared to equip women to wholly follow our amazing Lord today.

In the New Testament we see the angel approaching Mary, asking her to play an integral role in the salvation of humankind (Luke 1:26-2:20). Would she carry the Christ child as a virgin so the world might know God’s love? What an incredibly scandalous plan, though we see foreshowing of it in Scripture (Isa. 7:10-14).

Following God would leave her so vulnerable. Surely, she would repeatedly be accused of being an immoral woman. Although innocent, who would believe her? Yet in spite of all of the potential controversy surrounding God’s plan and all the future sneers and condemning attitudes she would face, she said yes (Luke 1:38)!

And because of her willingness to follow our scandalous and remarkable Lord, the world has never been the same.

Then there was another Mary, Martha’s sister. Instead of being in the kitchen, the woman’s place in that culture, this scandalous Rabbi told her to sit with the men and learn (Luke 10:38-42).

What kind of invitation was this? Didn’t Jesus know that only men should be sitting with rabbis? What looks Mary would have received from other men in that era. Didn’t she know her place? Why wasn’t she in the kitchen where she belonged? Why was she pushing boundaries and doing something that was so inappropriate?

However, Scripture reveals that following this scandalous plan was God’s better choice for her life.

Then there was the Samaritan woman at the well, married multiple times and living with a man who was not her husband (John 4:7-42). The fact that Jesus even spoke to her was scandalous to the point that the disciples marveled at his behavior (John 4:27).

As outrageous as his actions were, Scripture goes on to indicate that this Samaritan woman is the first person who Jesus explicitly and directly tells that he is the Messiah (John 4:26). Many might wonder why in the world Jesus chose her for such an amazing spiritual privilege.

Yet, how did she respond? She returned to her city and encouraged the men to come and meet Jesus too. Many came and realized that He was indeed the Savior of the world (John 4:42).

As if these incidents are not scandalous enough, Jesus goes even further. After dying on the cross and being resurrected from the dead, He entrusts the most missiological important ‘witness’ in human history to women first (Luke 24:1-10; John 20:11-18).

He did this at a time in history when the legal system did not recognize the testimony of women as being as credible as the witness of men. If a man had been given this honor, it is likely he would have been extolled as one of the greatest of all disciples.

Jesus could have given this honor to any number of men, not the least of which to John, who remained faithful to him to the very end (John 19:25-30). But our scandalous Savior committed the good news of his resurrection first to women. It is truly remarkable.

As we listen to these stories, we need to ponder how truly bizarre and scandalous they were for that era. What kind of God is this? Why was he not following the social gender norms of the day? Why was he elevating women in these ways?

Yet, we also see in Scripture that Jesus was not acting on his own. He was regularly listening for his Father’s voice and all his actions were guided by His Father’s wishes (John 5:19).

I conducted research recently with respected women from about 30 nations who are serving and leading in diverse ways in God’s mission. I published the findings and their reflections in a book titled Women in God’s Mission.

As I listened to their stories it became crystal clear that God’s scandalous nature has not changed. He is still speaking and women who love Him are still hearing His voice and following His leading (John 10:1-27).

God is still often asking women to go against what many men (and women) in our evangelical subculture might deem to be appropriate given our gender.

This amazing scandalous God is regularly asking women to use the gifts he has given them in ways that are contrary to established customs and traditions. And as they step out and say yes to his invitations and callings on their lives just like the women in the New Testament, they are frequently misunderstood.

For women, obedience to this scandalous God can easily create a great deal of tension, especially when brothers and other sisters in Christ forget that God has never been tamed by gender or cultural rules and regulations.

There are some women in the world who want to disrupt things for the sake of being defiant or difficult, just as there are men with harmful motivations and agendas. However, the women in my research didn’t want to fight. They didn’t want to create dissension and conflict by their actions, and they didn’t want to become flashpoints of controversy.

However, the alternative—disobedience to their Lord—was not an option. In the future, they too want to hear the words, “Well done good and faithful servant” (Matt. 25:21).

How are we helping the women in our lives to wholly follow our scandalous and remarkable Lord? What messages are we sending, either explicitly or implicitly, that help them to say yes to His frequently risky ministry invitations?

Let’s not make their obedience more difficult than it needs to be. Might we encourage them on their journeys and, in the process, come to grips with just how scandalous our remarkable Triune God still is! 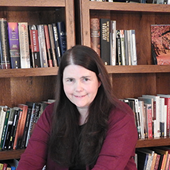 Mary Lederleitner is author of Women in God’s Mission: Accepting the Invitation to Serve and Lead and Cross-Cultural Partnerships: Navigating the Complexities of Money and Mission. She has an M.A. in Intercultural Studies from Wheaton College and a Ph.D. from Trinity Evangelical Divinity School, and occasionally serves as an adjunct professor at both institutions. She is also the Executive Director of Missional Intelligence.