Something with Israel is substantial as it stands at the center point of Biblical prophecy. So it ought to come as no surprise to come across that just as we see patterns all about us in God’s creation (golden phi ratio, fractals and so forth.), and His Word (see here and here), Israel’s history also consists of unbelievable patterns demonstrating God’s design and style… 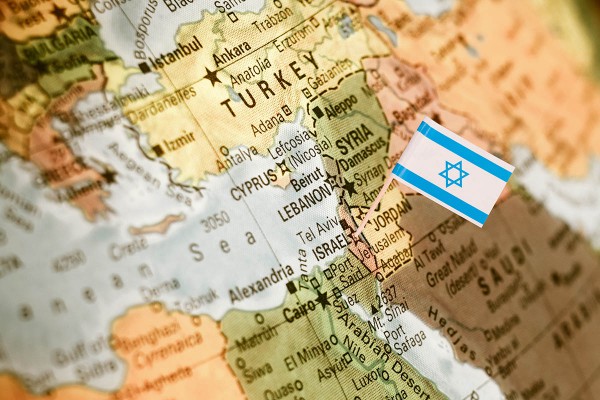 Have you ever wondered why Christ commanded us to forgive our brothers “490 times” (Matt 18:21-22) or why “490 years” was the fantastic prophetic timeline revealed to Daniel? The answer, I think, is that God determines and measures the redemptive history of Israel in cycles of 490 (70 x 7) years. God appears to have divided Israel’s history into 4 490-year cycles:

From Abraham’s birth till the providing of the Law at Mount Sinai and the starting of a new era (Galatians three:17) are 505 years (Note: This time frame is obtained by basically adding the numbers of years provided in Scripture). Having said that, the 15 years when Abraham had lapsed from faith in God’s guarantee and went in to Hagar (Genesis 16:three) till the promised seed was lastly born (Genesis 21:five) have to be deducted from this, leaving 490 years through which Abraham and his descendants had been abiding beneath the covenant guarantee.

two. From Exodus to the Dedication of the Temple (490 Years).

From the providing of the Law at Mount Sinai till the dedication of Solomon’s temple are 601 years. Having said that, the 111 years beneath the Judges through which God withdrew His protection from Israel have to be deducted from this, after once again leaving 490 years.

three. From the Temple to Nehemiah’s return (490 Years).

From the dedication of the temple in c. 1000 BC to Artaxerxes’ commandment to develop Jerusalem in 444 BC (Nehemiah two:18) are 560 years. Having said that, the 70-year captivity in Babylon have to be deducted from this, leaving c. 490 years.

four. From Nehemiah’s return to Israel’s final establishment in the millennial kingdom (490 Years).

The fourth cycle is essentially stated in Scripture in the fantastic “seventy week” prophecy of Daniel 9:24-27. The opening words of the prophecy make this clear: “Seventy weeks have been declared for your persons and your holy city…” (Daniel 9:24). The phrase “seventy weeks” actually suggests in Hebrew “70 sevens” (70 x 7), and the context demands that the sevens be reckoned in years—seventy sevens of years, which would be a total of 490 years.

In addition, Daniel’s prophecy states that the 490 years are divided into 3 periods. Immediately after the initially two periods (69 weeks or 483 years), the cycle terminates in the crucifixion of the Messiah (Daniel 9:25-26) as God breaks His covenant relation with His persons. The cycle begins once again when the final seven-year period begins—the so-known as “70th week of Daniel” (Daniel 9:27 Revelation six-19). Therefore, Daniel’s prophecy is a key confirmation that God determines and measures the redemptive history of Israel in cycles of 490 (70 x 7) years! In reality, it was this prophecy that initially led Sir Edward Denny to the discovery of the 490 year cycles.

But the most astounding component of the prophecy is that it pinpoints the Precise date of Jesus’ triumphal entry into Jerusalem—over 600 years prior to it occurred! In Daniel 9:25 we study:

“Know consequently and have an understanding of, that from the going forth of the command to restore and develop Jerusalem till Messiah the Prince, there shall be seven weeks and sixty-two weeks…” (Daniel 9:25) 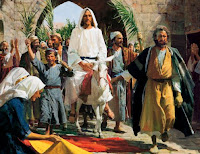 According to the prophecy, from the command to rebuild Jerusalem there would be seven weeks (49 years) and sixty-two additional weeks (434 years)—a total of 483 years, or 173,880 days (utilizing 360-day prophetic years)—until the Messiah would show up, i.e. Jesus’ triumphal entry into Jerusalem (which is when Jesus publicly declared that he was the Messiah).

We know from history that the command to “restore and rebuild Jerusalem” was provided by King Artaxerxes of Persia to Nehemiah on March five, 444 BC (Nehemiah two:1–8). Adding 173,880 days to March five, 444 BC gives March 30, AD 33—the precise date of Jesus’ triumphal entry into Jerusalem!

Might I remind you that Jesus created his “triumphal entry” into Jerusalem four days prior to His crucifixion (Matthew 21:1-9) and 4 days following March 30, AD 33 is Friday April three, AD 33—which just so occurs to be the most most likely date for the crucifixion (see: Proof for Jesus’ Crucifixion on April three, 33 AD). What a outstanding fulfillment of prophecy!

All through the Old Testament, Israel’s inextricable hyperlink to the quantity 70 is unmistakable:

in the Bible, the odds against this occurring by possibility are astronomical, suggesting divine orchestration.

If the recurring pattern of 70’s in Israel’s substantial historical events is not uncanny adequate, take into account the following prophetically significant events that shaped the contemporary nation of Israel: