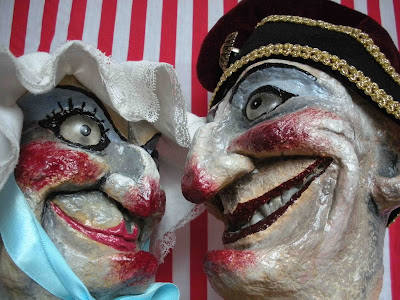 Kim’s family sent me through his final batch of doodlings, posted posthumously here. (Kim, your last doodling is incorrect. But I won’t hold it against you.)

Two keys to self-knowledge: acknowledging that you are ashamed of yourself, and being able to make fun of yourself.

The superficial explanation for why some people don’t like tragedy is
that it’s depressing; the deeper reason is that in tragedy there is no
one to blame.

Title for a book on the doctrine of election in Calvin and Barth: Will and Grace.

The term “speaking in tongues” always makes me smile: it’s the irrepressible suggestion of oral sex.

The root of all misogyny (Girardianly speaking) is boys showing off.

“Don’t tell lies.” But the most insidious mendacity is mute.

Bible verse on a plaque in the birthing unit of a maternity ward: “Jesus
said, ‘Come to me all you who labour and are heavy laden, and I will
give you an epidural.”

In Solzhenitsyn’s Cancer Ward, the sage and shrewd Dr Oreshchenkov observes that “it’s the truest of all tests for a doctor to suffer from the disease he specializes in.” So too for the clergy. A self-righteous minister is bad, a righteous minister worse.

Evangelical Americans: so understandably concerned about whether an unborn child has feelings, so indefensibly indifferent that a grown-up child – their president – doesn’t.

Combining funny-peculiar and funny-ha-ha, the Church of England seems to think that the Divine Comedy is a Punch and Judy pantomime.

Augustine is said to have remarked, “The Church is a whore, but she’s my mother.” Well, better a whore than a harridan.

On Luke 10:25-37: In order to be a good Samaritan, one must first become
a half-dead Jew: lest you succumb to pride, he is your focal
identification.

“The widow? Easy pussy – go for it. The orphan? Little shits of color – normalize motherlessness (Herod, btw, was a classy guy, smart, tough). And the stranger? Keep the vermin out; otherwise, concentration camps.” —Trump’s exegesis of  Exodus 22:22-24 and Deuteronomy 10:18.

Having an American accent abroad during Trump’s Reign of Terror is like having a tattoo you had done when you were young and stupid but is now impossible to remove. The best you can do is to cover it up, e.g., by insisting, “No, I’m a Canadian.”

When The Complete Tweets of Donald Trump is published, in what section of American bookstores should it squat? Juvenile Fiction? Fantasy? Women’s Studies? Performing Arts? For cultural accuracy, I’d go for “Christianity.”

Death kills, but not for the hell of it. No, for death omnicide is an anti-ontological vocation: Deleo, ergo sum.

Since Cain slew Abel, you could call every homicide a copycat crime.

My default facial expression in coffee houses has become the Smirk.
Observing the washed having a flat white as a side with their iPhones –
uninvited it floods my features. It’s only a matter of time (you’ll be
pleased to know) before someone punches me in the face.

One of the pathologies of senescence is verbosity. You can still take off and cruise, but you can’t land the damn plane. You even forget that you are in the air – until you run out of fuel and crash.

“What do people think of me?” The question is both begged and vain: very few people bother to think about me at all. Why would they?